My favorite action comic when I was a little kid was Blackhawk. The Blackhawks were all allies during the Second World War. Blackhawk, whose real name was Bart Hawk, was Polish, Olaf was Danish, Chuck was a Texan, Hans was Dutch, Stanislau was Polish (but he was later dropped. I guess one Polish hero was enough), Andre was French, and Chop-Chop was Chinese. They later also added Lady Blackhawk. I could do without her. The comic was created in part by Will Eisner, one of the greats. 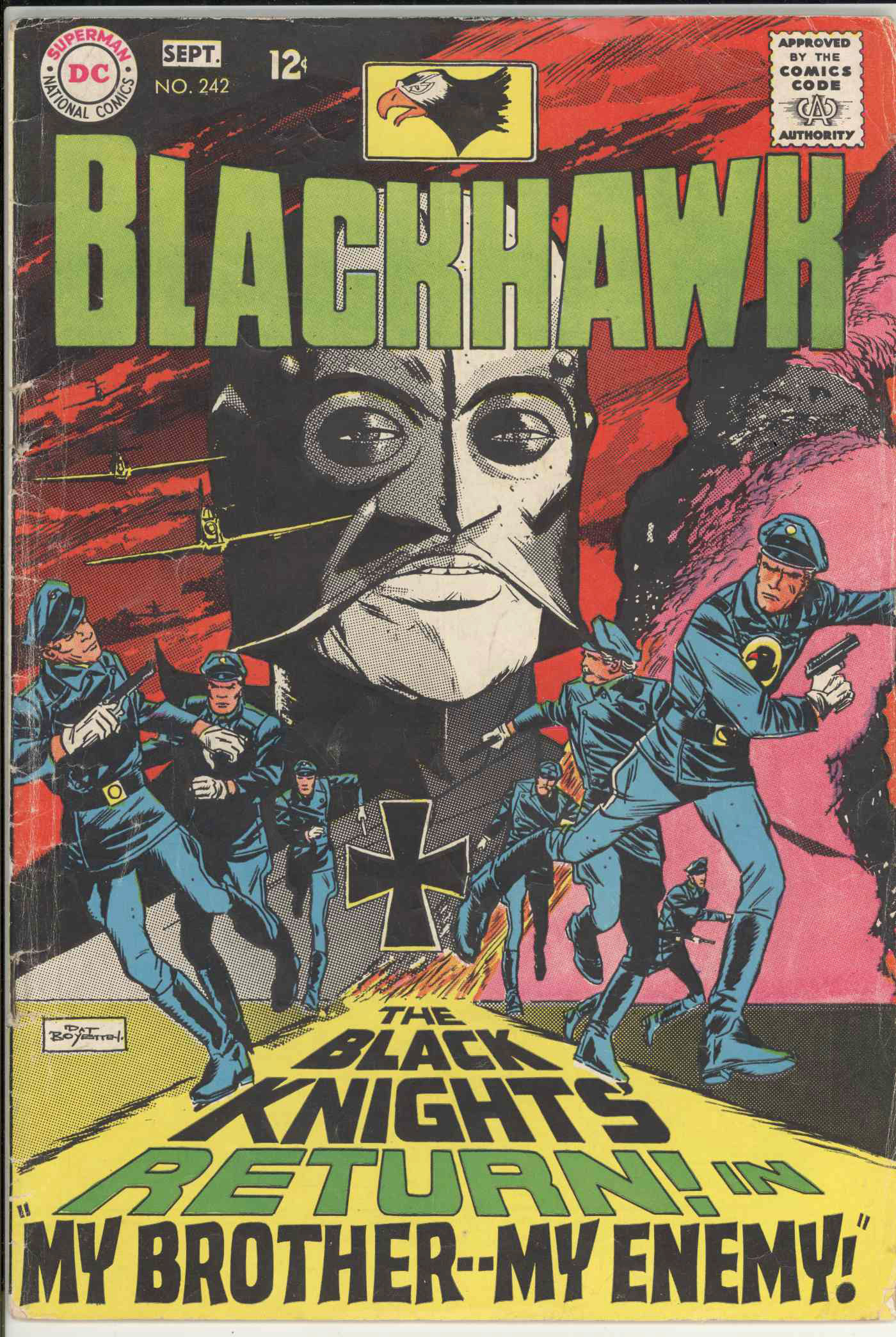 Some time in the late sixties the publishers decided to turn them into superheros. Big mistake to my way of thinking. 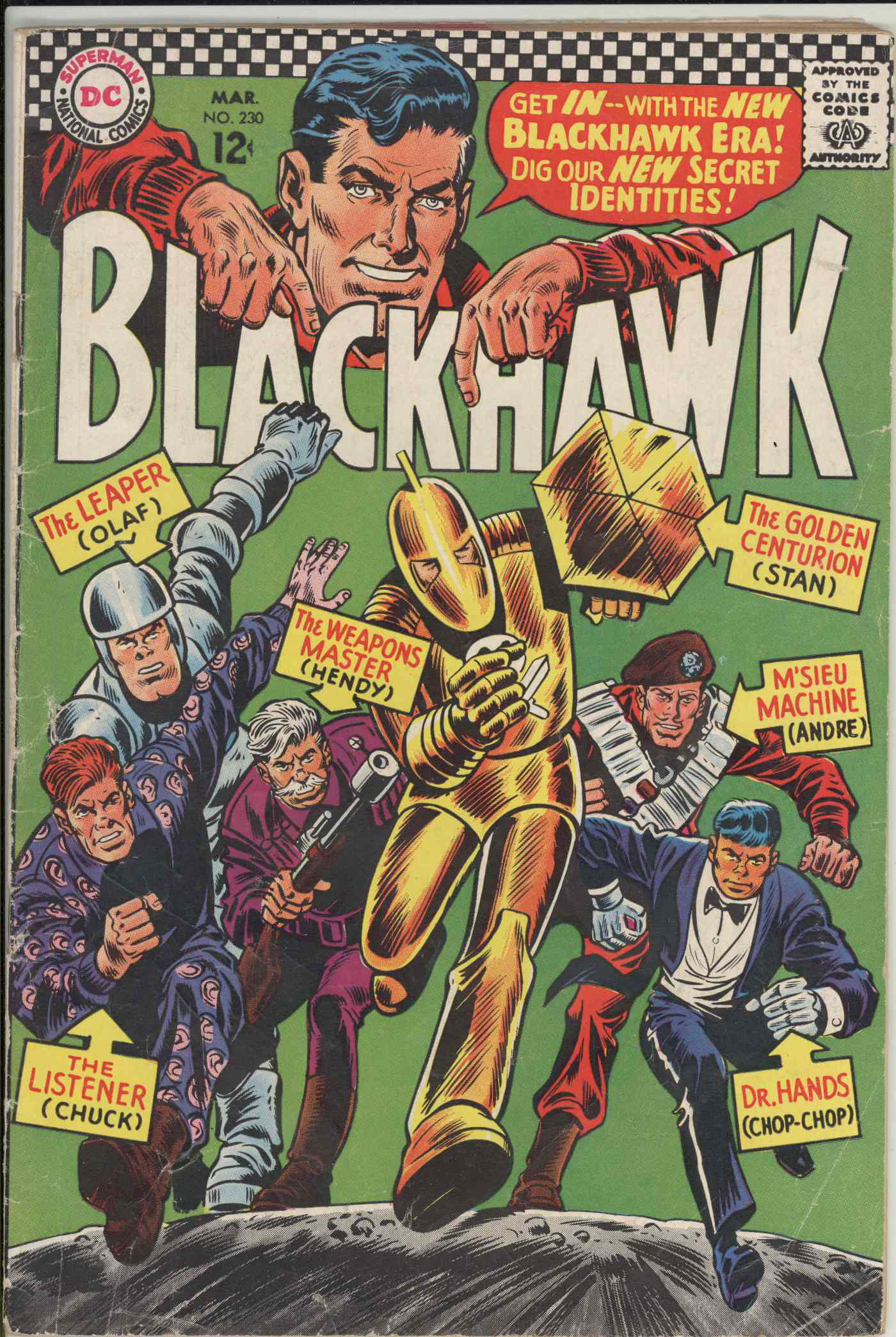 One character you didn’t see much of in that time was Chop-Chop. A little racial stereotyping maybe. I got this image off the web. 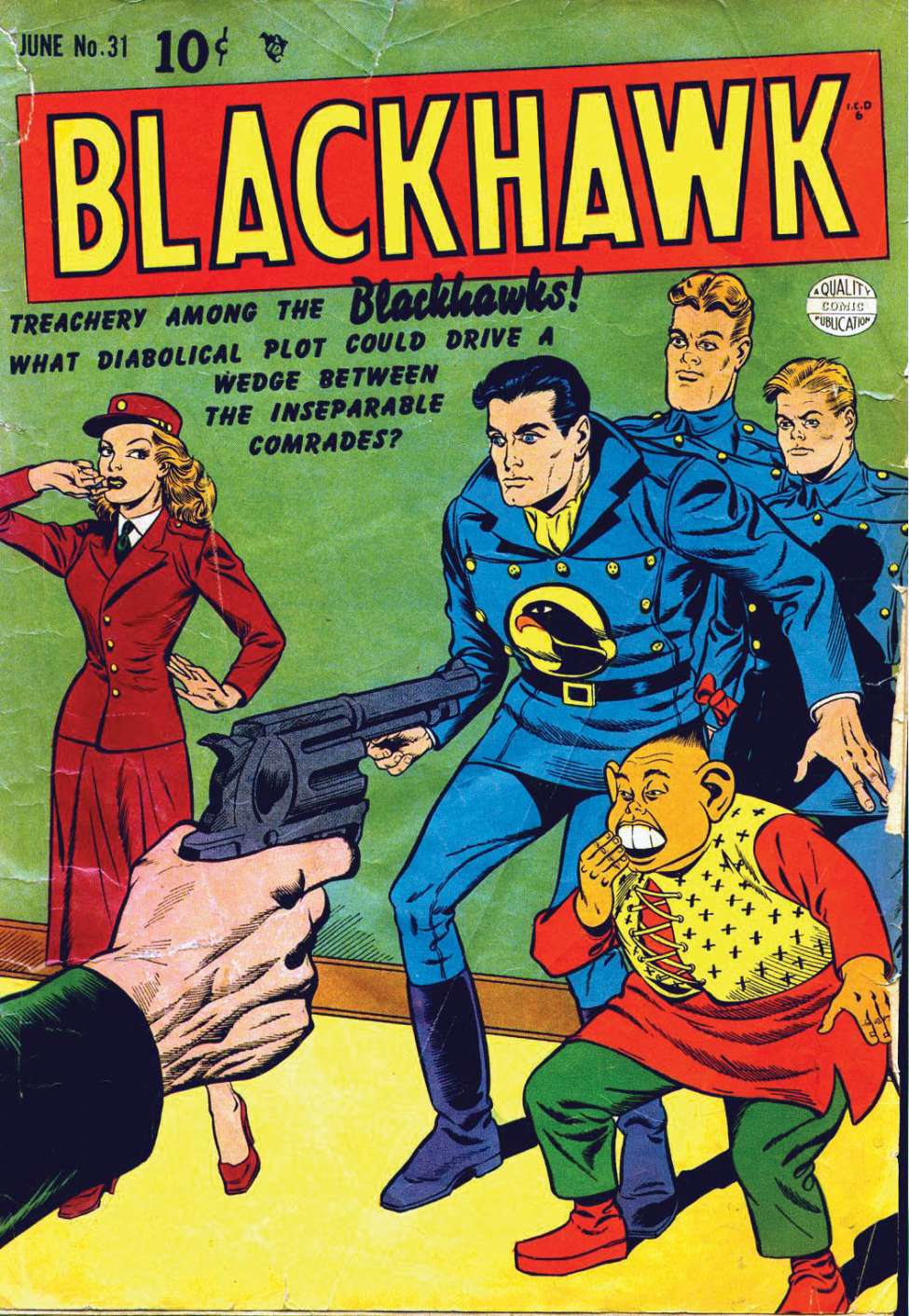 You can see how they turned Chop-Chop into a less offensive character in the second cover above. He became Dr. Hands. And even before that they had given him a more heroic image. But Chop-Chop was a terrific character in my book. He was so popular they even gave him his own comic book for a while. I loved the Blackhawks.

Another comic I loved was Plastic Man 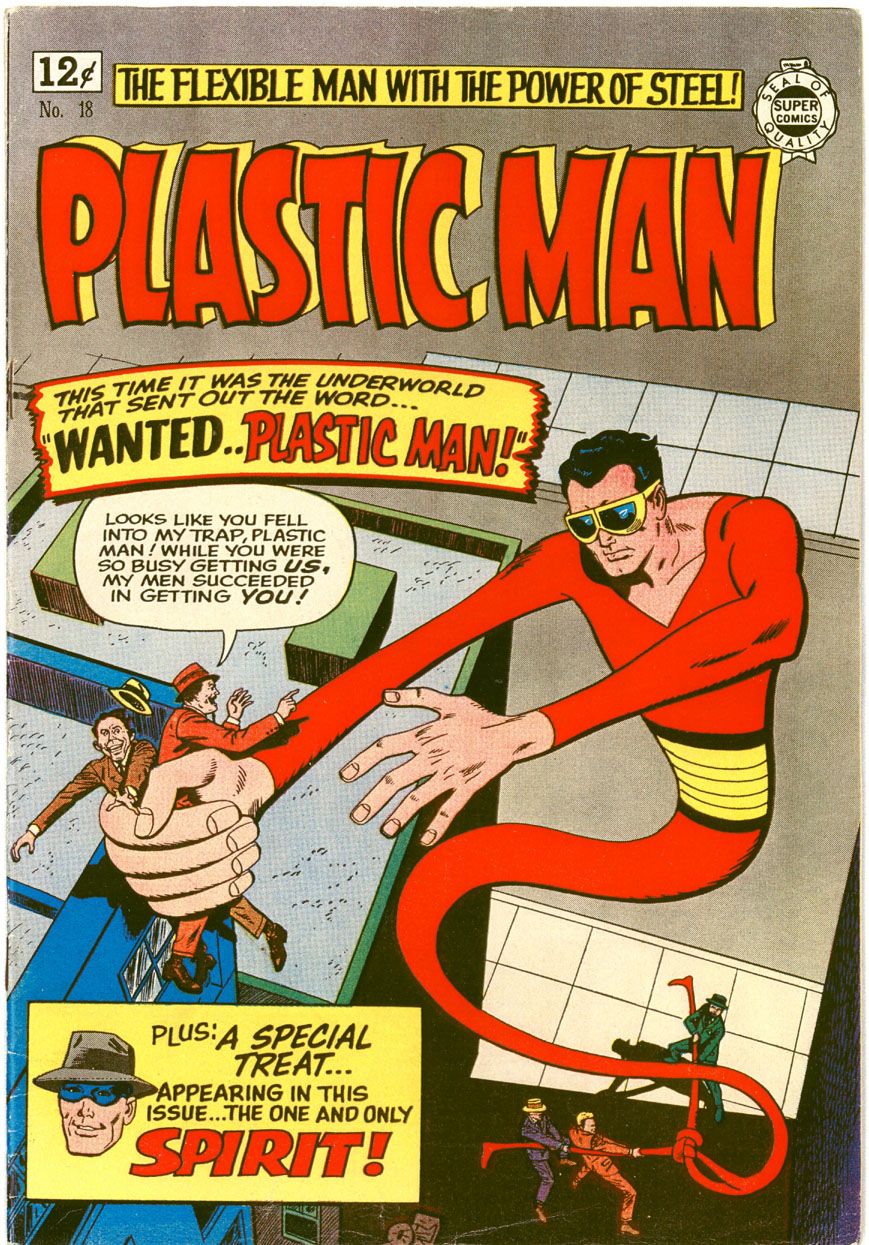 I got this cover off the web. I don’t think I have any Plastic Man comics. But I had lots before my old man threw out my comics. Darn. Notice that Will Eisner had a Spirit story in that issue. I have a great Spirit comic book somewhere, but I can’t find it. Plastic Man’s sidekick was Woozy Winks. 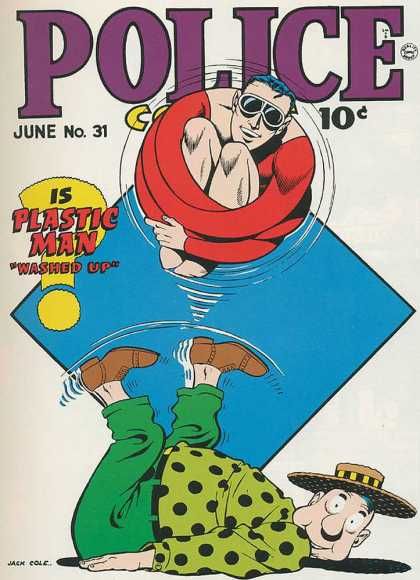 Speaking of Plastic Man, how about Plastic Octopus?