I just found this among my pictures.

When Lars died I drew this comic strip for his memorial. He was well loved in Scandinavia. A wonderful cartoonist. I’ve posted the painting that he sent to me shortly before his passing. Here it is again. 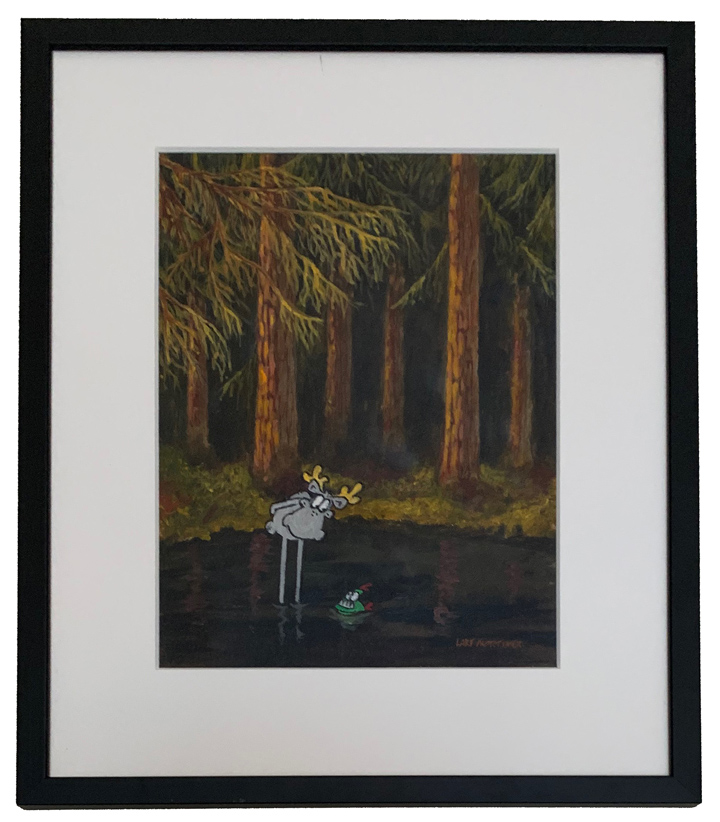 If you don’t know who Lars was, click here.   And here.

By the way, I just donated to Wikipedia. I do it every year. If you use them as often as I do, why not consider giving them a few bucks.